News On your marks: Colombia, one day to go! 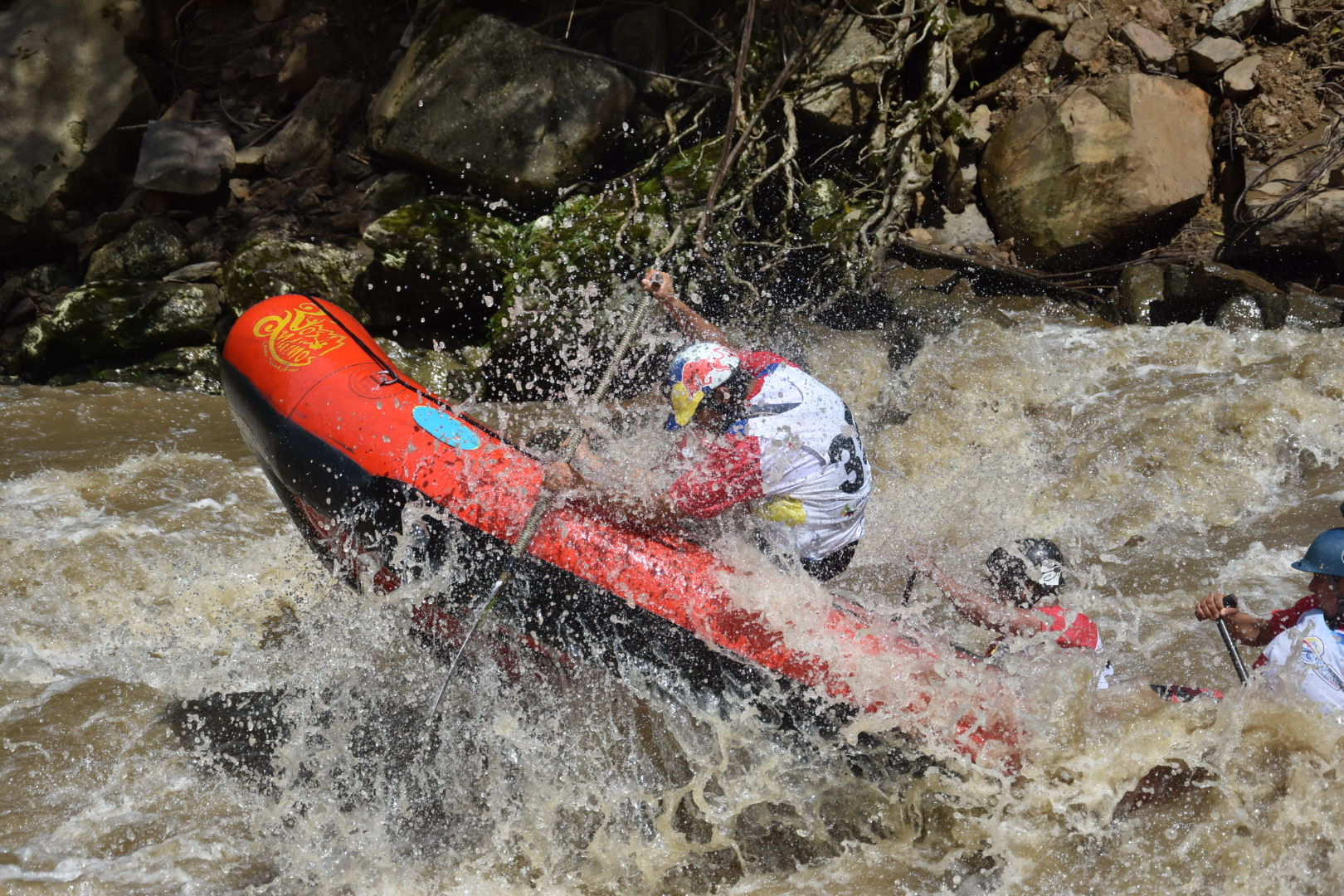 Last night heavy rain strongly increased the water level and the put-in of women and mix teams has been moved after the two 4 level rapids that are in the first km. The men paddled the 8 km downriver that required the combination of fast paddling in the slow parts and clean technique in the long demanding rapids. 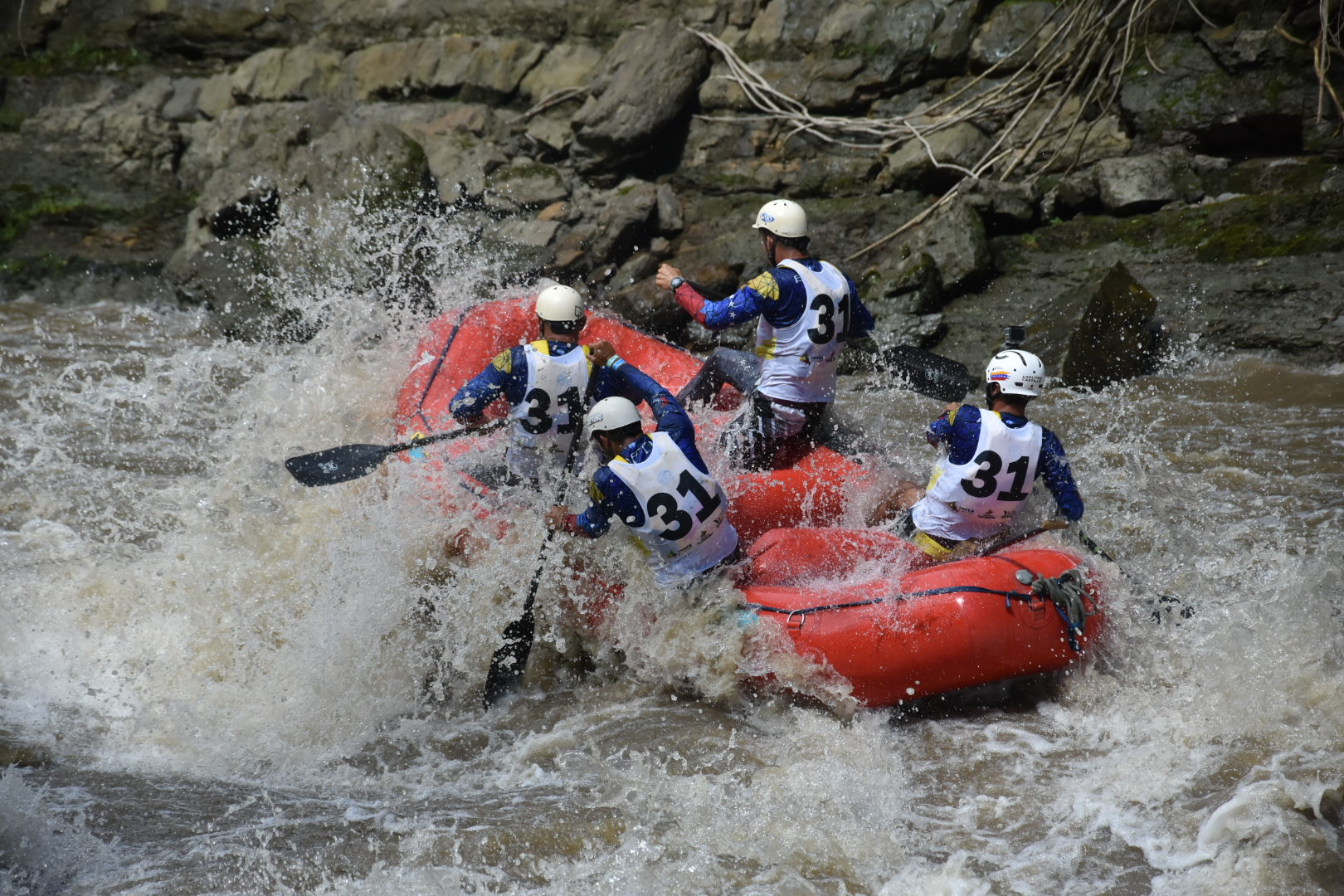 The best absolute time was earned by Venezuela: Antonio Guzman, Carlos Lobo, Jean Carlo Castillo, Jean Carlos Andrades and Eduard Erazo got a well deserved downriver gold in the men category at their first WRF competition with 35:32.44, 5 seconds ahead of Brazil who got the second place. Finally third place to the Slalom winners of Colombia 1. 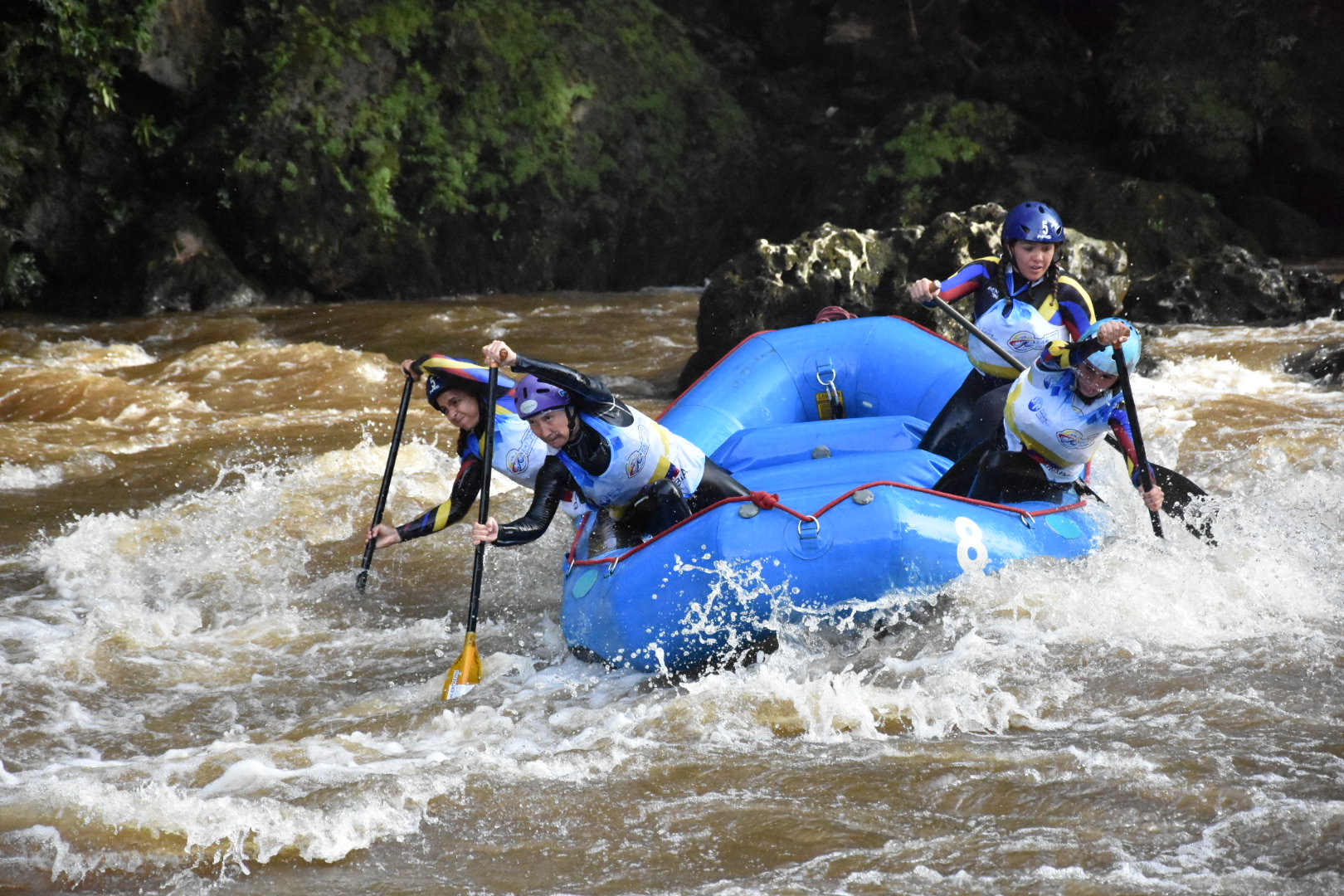 Tomorrow is the last race day and RX is going to define the PanAmericano: Rio Fonce is more than listo! 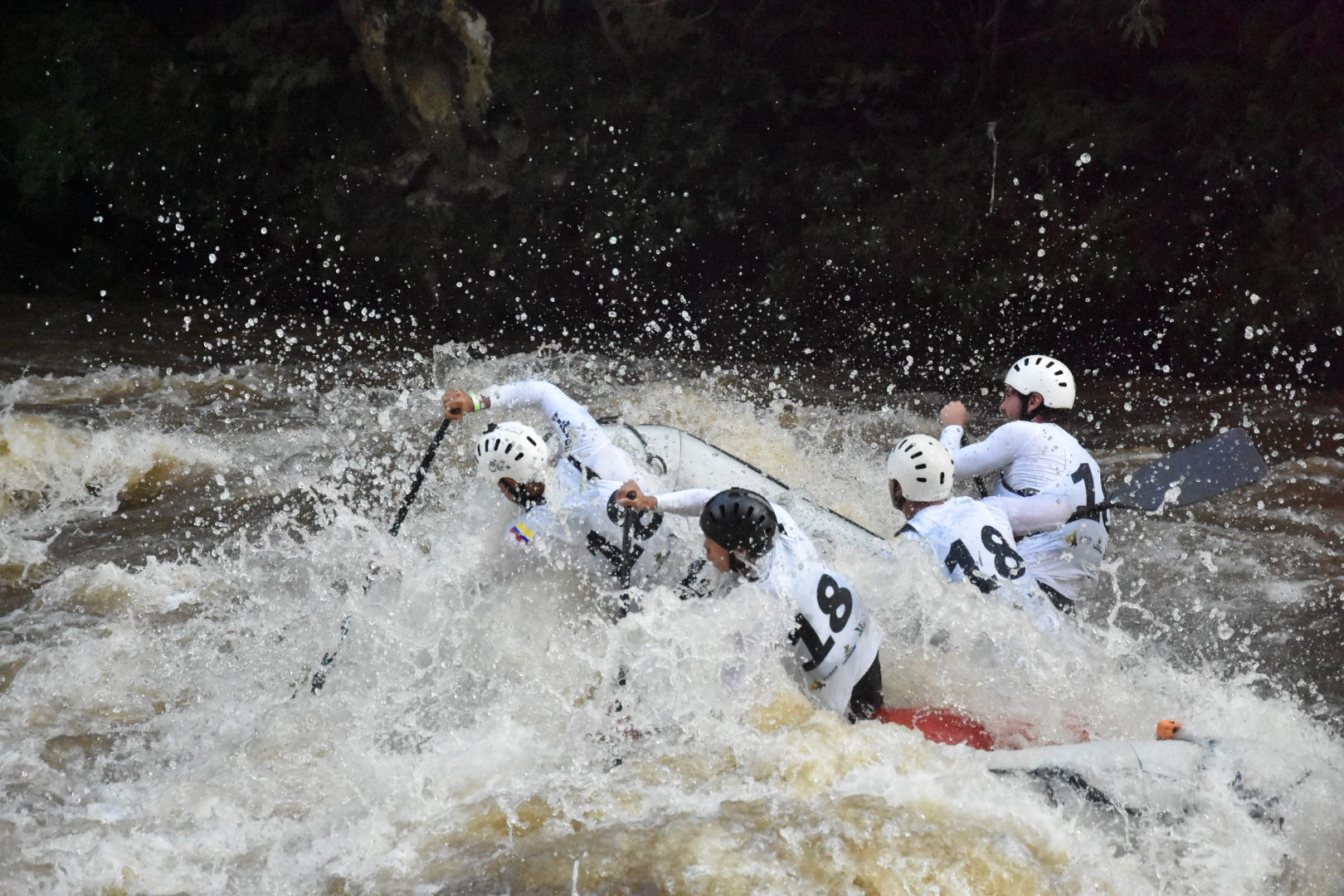