Time Trial is the largest manufacturer of inflatable products for sports and outdoor activities in Russia for over 18 years and from 2019 this Russian affirmed brand becomes the Official Partner of World Rafting Federation: it will provide the main WRF competitions with the official rafts. Only the shipping cost shall be borne by the local organising committee.

During the World Champs 2018 in Ivrea (Italy) athletes from all over the world paddled on R4 Time Trial rafts and straight after the race WRF board started thinking about a long-term collaboration: at the end of March 2019 an agreement has been signed in Villeneuve between the Russian entrepreneur Ilya Gubarev and the WRF President Danilo Barmaz.

The TimeTrial factory was founded on 7th July 2000 by the captain of the Neva Tour Rafting team Sergei Petrov and since its inception, the priority direction for the company has been the production of inflatable rafts for rafting and competitions. Experienced specialists and representatives of the industries take part in the production of these equipments that are tested by professional athletes, coaches, Sports Federations, rescuers of the Emergencies Ministry and the military. Thanks to the modern technology offered by the production area of 2000 m²  and 90 professional employees the rafts produced by the TimeTrial factory are present in 22 countries worldwide and have already earned the trust of many teams and Federations.

Mr. Ilya Gubarev declares "We are profoundly honored to collaborate with WRF, being part of the movement that is changing the Rafting World, making it grow, helping every single nation". 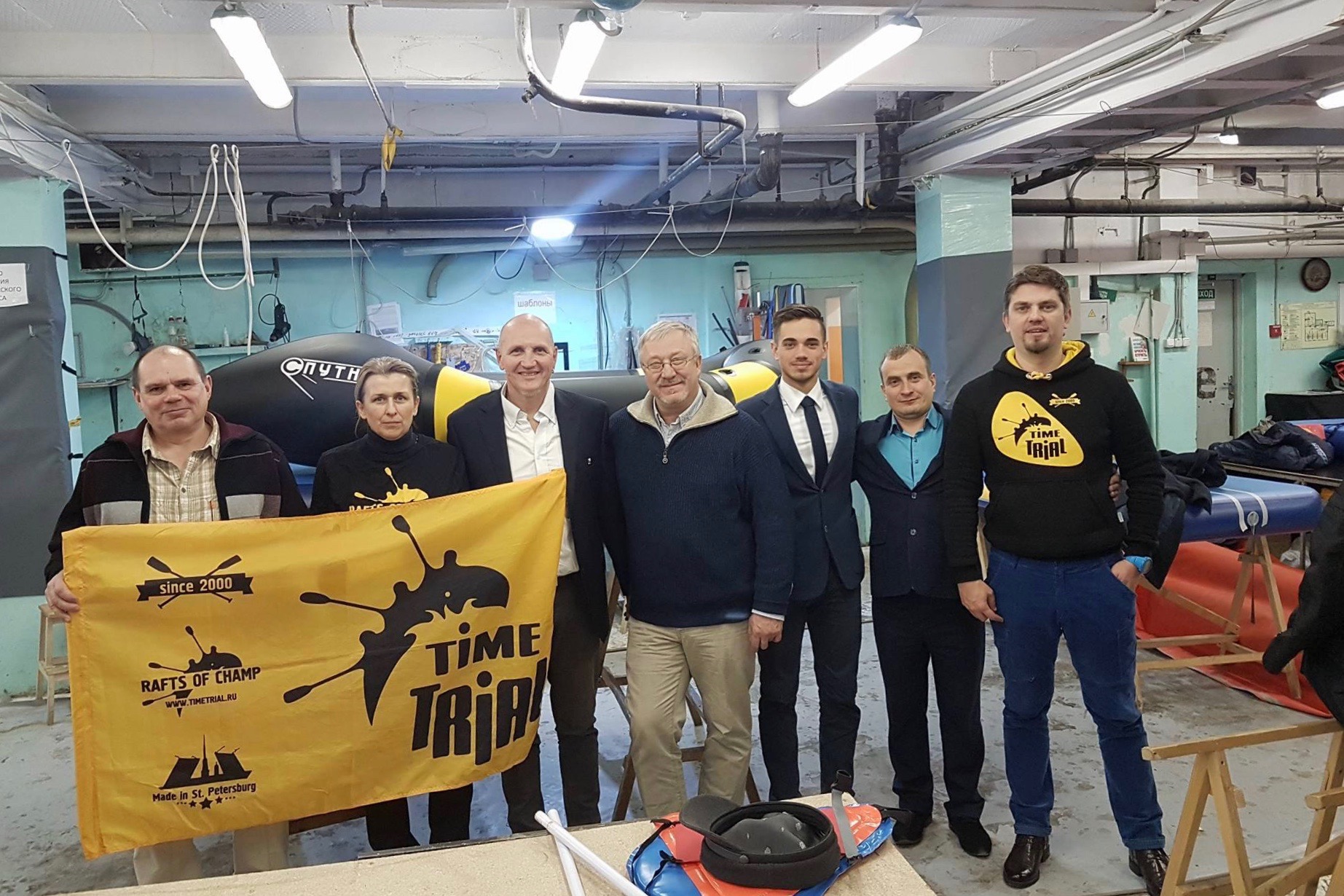