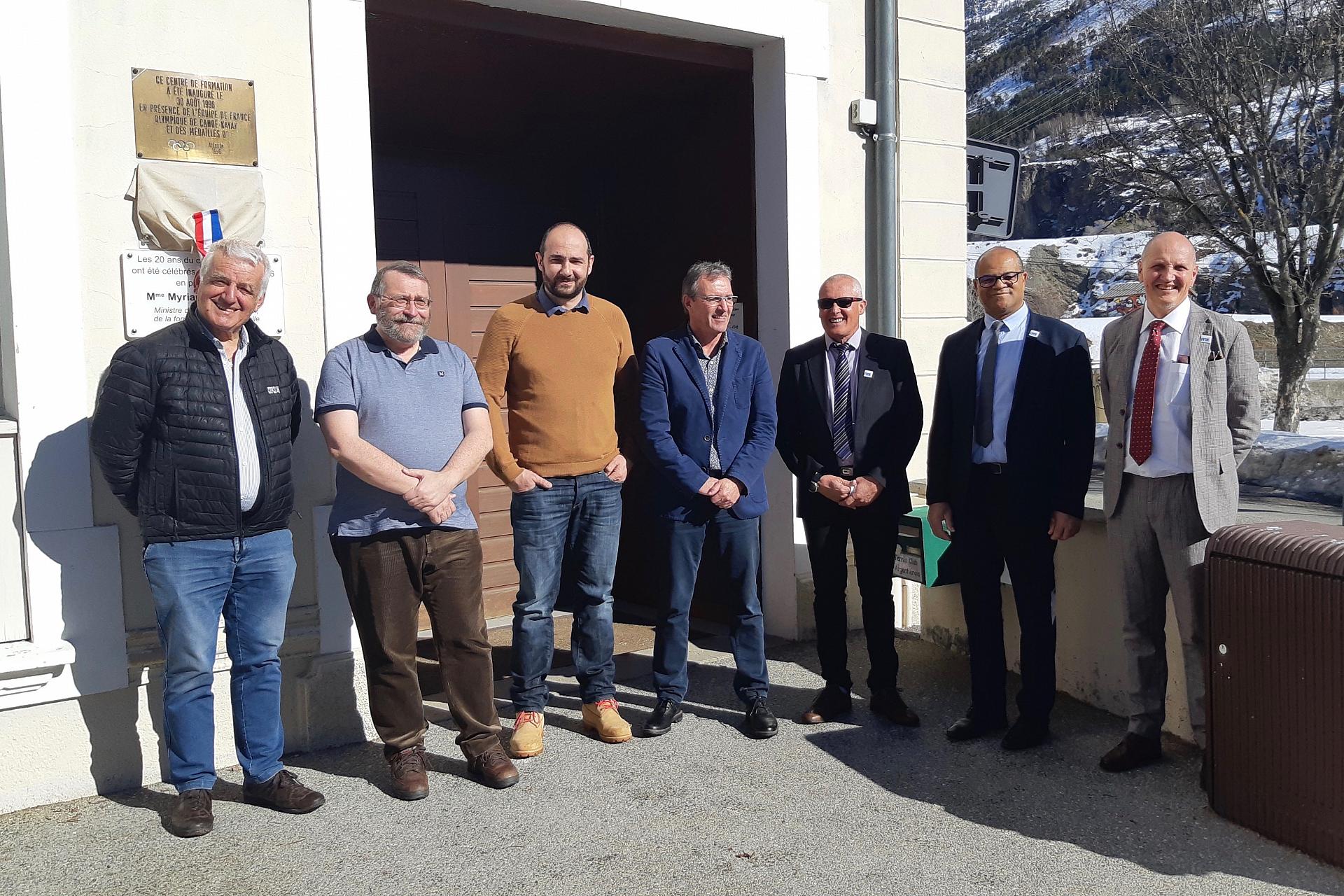 The agonistic field of Rafting has never been a reality in France, despite several athletes from the French slalom and whitewater canoe have been paddling and winning worldwide competitions for years and thousands of tourists a season run the French rivers in rafts.
Since the WRF foundation the FFCK started looking at this paddle sport from another perspective and after a few meetings between the WRF and FFCK delegations on 15th February 2019 the WRF President Danilo Barmaz, Mr. Jean Zoungrana (FFCK President), Mr. Bruno Carlier (Presidént du Comité Régional Canoe Kayak), Mr. Marie Patrick Vigne (mayor of L'Argentière-la-Bessée), Mr. Drujon D'Astro (Président ComCom Cyrille), the Député Mr. JoEl Giraud and Mr Jean Conreaux celebrated the inauguration of the WRF Centre of Excellence in L'Argentière-la-Bessée in presence of Mr. Didier Lafay (Directeur du Centre de Formation Canoë Kayak region PACA).

As Mr. Zoungrana declared the FFCK gladly recognizes WRF as the solid world governing body of sport Rafting for the developement of every aspect of it.
The President declared the French Federation proud about this recognition, considering it a trusting investment based on the high level of the history of French "eau vive". 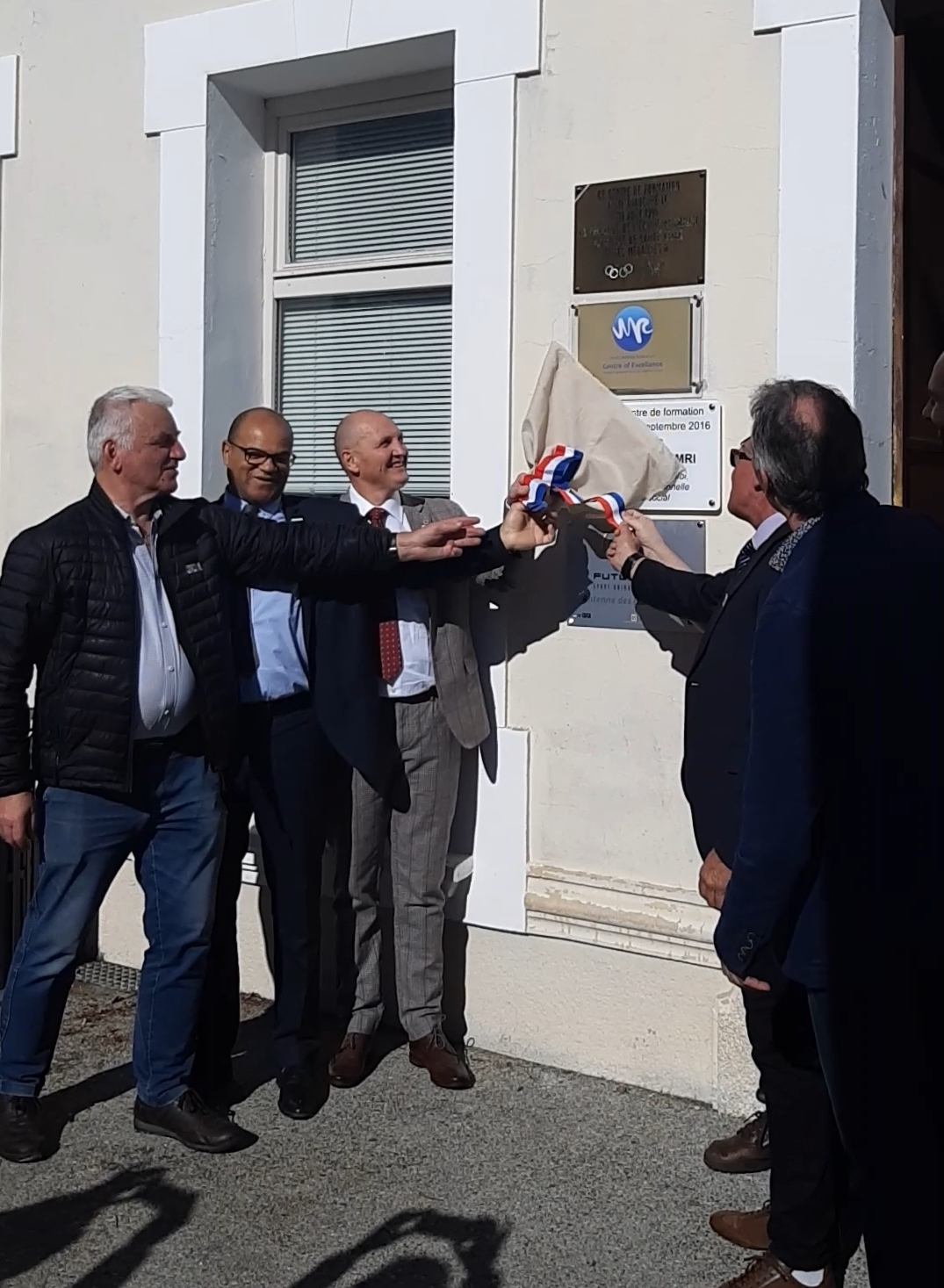 The competent authority at local level are excited about this new challenge, that is both an end and start point. Indeed the construction of the present centre's buildings started after the demolition of the Péchiney aluminium factory in 1989, when Jean Giraud (who was the current mayor) and local authorities, including Patrick Vigne and Michel Baudry, saw in "la fin d'un époque" a new opportunity for the population.

30 years later the centre provides a number of facilities that people from the whole region join, including office and studios, a weight room, an indoor swimming pool, a cinema, a library and rooms for canoes and kayaks that now will share the Durance river (100 m far from the centre) with competitive rafts.

The first competition will be in 3 months, on 19th May, the first National Champs of Rafting in France that will become the 12th agonistic discipline under the umbrella of the FFCK and Bruno Carlier guarantees that it will be an excellent start point, bearing in mind that the collaboration with WRF will spread the idea of Rafting in the clubs not only as a play activity, but as a sport in all respects. As the other authorities said Carlier affirms that in this centre the WRF Training Programme of guides and coaches will be soon put into practice and the technicians will be finally recognized in every nation WRF member.

Jean-Louis Orly (C2 canoeist, World Champion at Bourg St. Maurice in 1969 and Olympic medalist at Munich 1972) and Michel Baudry (worldwide athlete and coach; since 2017 the Stadium d'eau vive in L'Argentière-la-Bessée is named after him) were present and wish good luck to the first rafters who will compete and represent France for the first time at the World Rafting Championship, in June.